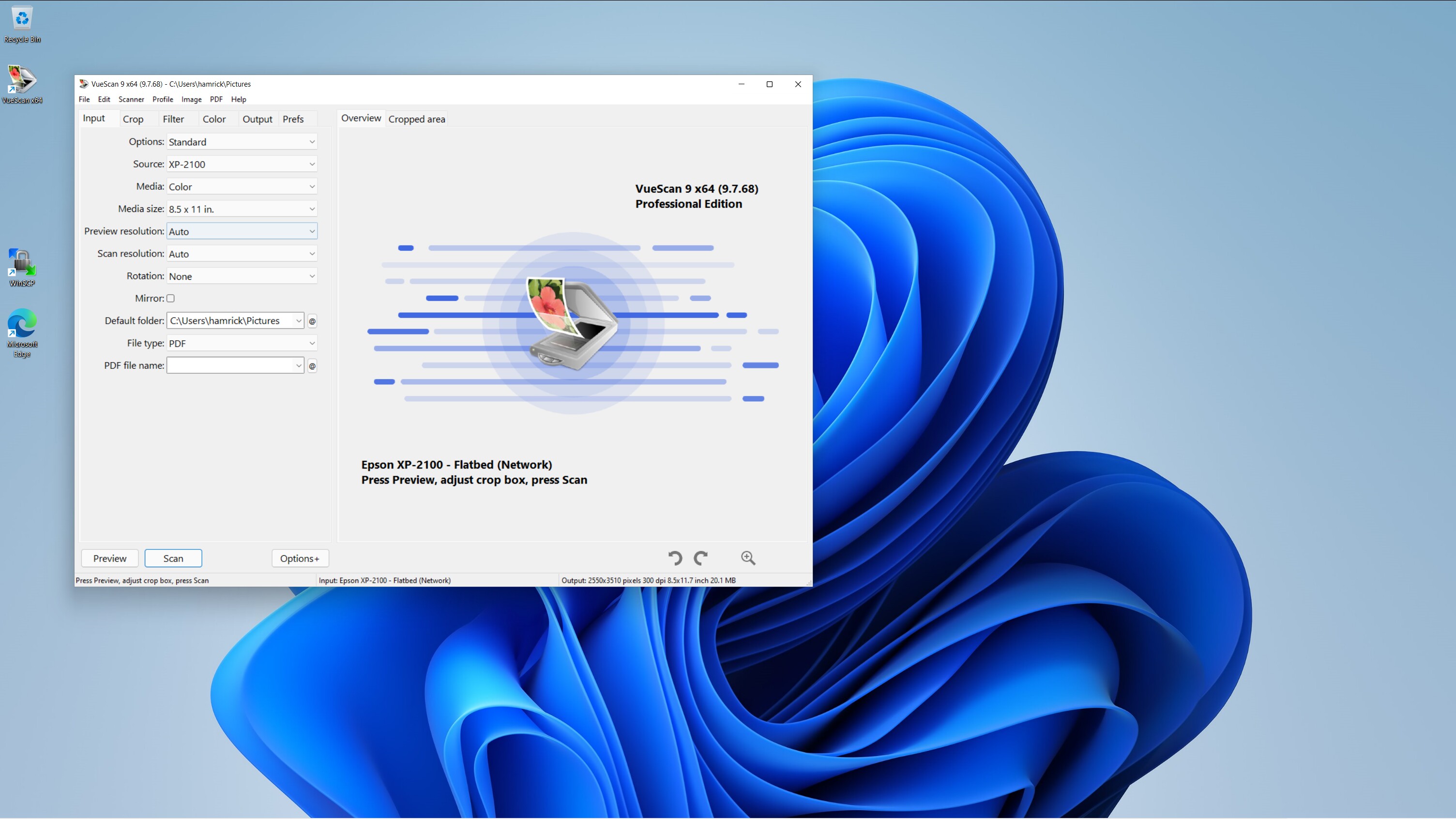 On October 5, 2021, Microsoft officially released Windows 11. This one caught us a little by surprise since we remembered back to 2015 when Microsoft said that Windows 10 was going to their “last version of Windows” and essentially all future versions would be iterative improvements on Windows 10. But after the cancellation of the Windows 10X project, Microsoft announced at their Build conference that they would be releasing Windows 11 this fall.

We had a chance to download and install Windows 11 over the past few weeks and found that we needed to fewer tweaks to VueScan than we have for previous versions of Windows. Normally, there are quite a few problems with every release and sometimes we have to redesign the architecture of VueScan to fit the model of a new OS release. But this year that fortunately that wasn’t the case. It definitely helped that Windows 10 has iteratively rolled out changes over the past few years and we have added support for each change along the way. Things like more restrictions on

Do I need to upgrade to Windows 11?

Probably not right away. The first thing to know is that the hardware requirements for Windows 11 are actually quite high and so many/most Windows 10 PCs may not be eligible to run Windows 11. One requirement is that Windows 11 PCs need have a system with UEFI secure boot and Trusted Platform Module (TPM). Since this is less common on older hardware it isn’t a guarantee that you’ll even be able to upgrade.

Windows 10 is going to be supported for quite a long time too, so there isn’t an urgent need to upgrade from that side either. Support is going to continue until Oct 14, 2025 and may be extended beyond that (as Microsoft has done with other OSs in the past).

That being said, if you are able to there isn’t a big downside to upgrading. It’s a very polished OS and it’s always good to stay on the latest version to have access to the latest features and support. If you have a PC with Windows 10 already installed on it, then Windows 11 should show up as a free upgrade to you. We have upgraded to Windows 11 internally here and plan on making VueScan work best on Windows 11. Even though we will of course continue to support older versions of Windows as long as it is feasible. We still support Windows XP with VueScan and only dropped Windows 2000 and Windows 98 a few years ago.

What about Windows 11 on ARM?

VueScan works well on Windows 10 ARM, but we have not yet tested it on Windows 11 ARM. If you have tried it and it works well, please let us know so we can update this page and let others know.

The hard work of getting Windows to work on ARM was done years ago when we originally supported iOS and Android (which we no longer do). That’s when we worked out all of the kinks getting the low level drivers working on ARM (those that work across platforms) and when we made our device independent code work across architures. Then when it was time to get VueScan working on Windows RT and Windows 10 ARM the only major issues we had were around support Windows SDK differences. Since then, we have made VueScan work quite well on Apple Silicon (another ARM).

However, we haven’t had the same amount of interest in ARM Windows as we have with other platforms. This is probably likely due to the amount of Windows devices being sold with ARM chips and Microsoft’s strategy of continuing to sell x86

Scanning on Windows 11 using VueScan is a very simple process. It’s easy to download and install VueScan and takes less than 60 seconds to start scanning. VueScan supports over 6000 scanners and generally doesn’t need any driver from your manufacturer. So if your scanner manufacturer says they only support Windows 7 (or even earlier) then VueScan may be the solution to your problem. We reverse engineered many of the drivers ourselves and included them in VueScan so you can keep scanning without needing to replace your hardware just because a new OS has been released.

It is very common for scanner manufacturers to only support the version of Windows that it was released for. So when a new operating system comes out (like Windows 11) they would have to spend significant engineering resources to keep their software up to date with the new operating system. But they don’t want you to keep using your old scanner, they want you to buy a new one! But VueScan let’s you keep using the hardware you know and love with just a simple software download.

VueScan has a very small download and is easy to install and uninstall. In today’s world of an application’s download being 300MB, VueScan’s less than 10MB download makes it very easy to try out. In addition, VueScan generally doesn’t need you to download anything else (like a driver from your manufacturer). This is what makes VueScan really stand out, but even in the cases where you do need to download a driver from your manufacturer, it is still an extremely powerful tool.

You can download VueScan for Windows 11 here. After you’ve downloaded, double click on the installer and allow it to be installed on your computer. VueScan should then automatically detect the scanner plugged in to your computer and when you press the Scan button it will scan your document, photo, slide, film or anything else you’d like to scan.