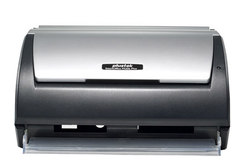 VueScan is compatible with the Plustek SmartOffice PS286 Plus on Windows and macOS.

Do you need a TWAIN driver for your scanner? Look no further than VueScan! This powerful software can act as a universal TWAIN driver, which means that it will work with pretty much any scanning device out there.